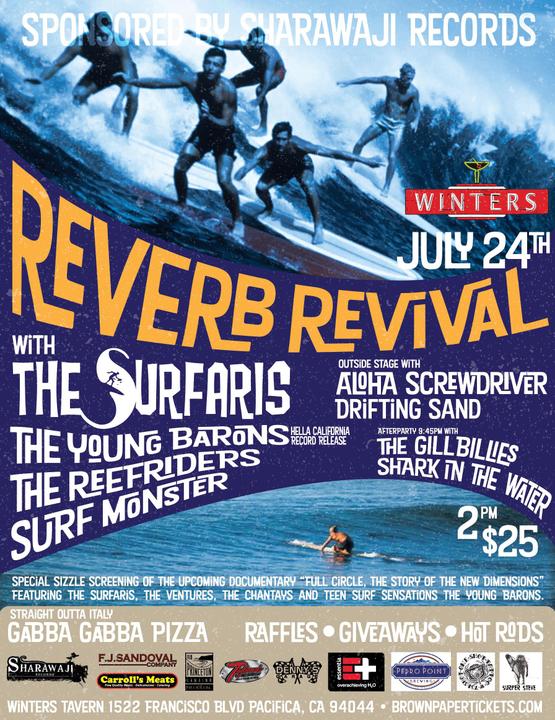 Reverb Revival with The Surfaris, The Young Barons, The Reefriders, Surf Monster, Aloha Screwdriver & Drifting Sand plus afterparty with The Gillbillies and Shark In The Water.

Tickets now available for $25 at https://www.brownpapertickets.com/event/5151106

The Surfaris Partner With "Band Together" For Surf Music Education

Submitted by devenberryhill on February 13, 2018

What if there was a fun and interactive way you could introduce the kids to other awesome forms of music like SURF MUSIC, rockabilly, baroque, reggae, mariachi, black gospel, folk, hawaiian, and many more styles...?

The Surfaris are pleased to announce their participation in the Band Together online music educational program. This past August, Bob Berryhill and his family band (The Surfaris) gave interviews to BT on how fun it is to learn and to perform surf music together as a family. The Surfaris recently sat down with BT creators Steve Rogers and Renea Hetzer as they shared their vision to introduce surf music to the next generation in a fun, interactive way.

Band Together has just released their first online digital album/program called "Vibrations" which features the music and interviews from The Surfaris. Vibrations does an excellent job interactively showing the kids what "surf music" is, who the major players were, and how to play their own surf music. There are short videos, photos and stories on how to get your kids appreciating and playing surf music. There are also great stories describing all the instruments, equipment needed to play surf music. There is even online surf guitar lessons to get you started!

This program is ideal for homeschooling families or parents/grandparents interested in giving their children extra music education. For more info on Band Together and how to get your kids into this months Vibrations program go to: http://bandtogether.rocks/

Submitted by devenberryhill on August 27, 2017

LAS VEGAS is just 2 Weeks Away!

Get your tickets for this amazing lineup of groups from the '60's including
THE SURFARIS. 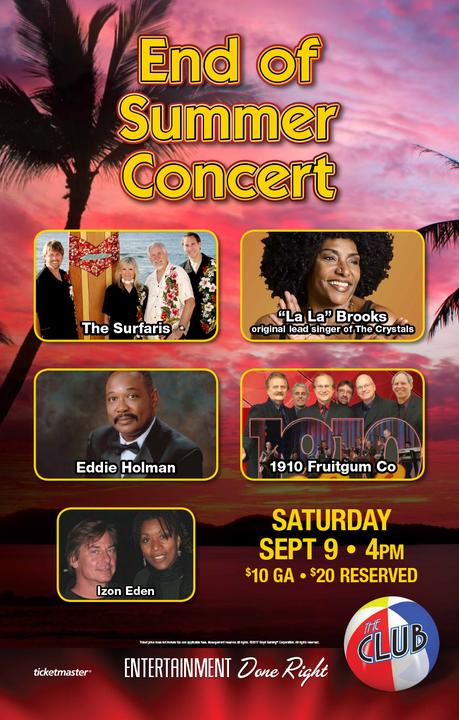 Submitted by devenberryhill on July 05, 2017 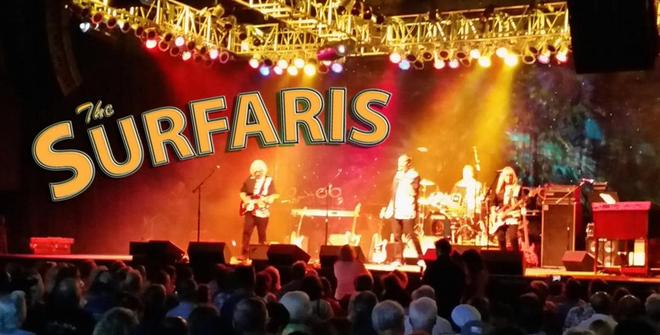 Help The Surfaris Wipe Out Cancer!

Submitted by devenberryhill on September 12, 2016

Submitted by devenberryhill on March 29, 2016

The Surfaris have released a new album featuring fresh arrangements of mostly surf classics from their set. Included is a tribute to Eddie Bertrand "Mr.Rebel" as well as re-recordings of Surfaris B-sides like Similau and a token vocal Surfin' Bird.

I am happy to tell you that I have a new band ‹ Paul Johnson & Friends ‹ and that this new band is about to make its DEBUT PERFORMANCE this coming weekend at the COFFEE GALLERY BACKSTAGE in ALTADENA.

I have hand-picked some of the top players from within the surf-instro genre to work with me at this endeavor of love. Accompanying me on the CGB stage for our first public performance will be:

As Ron & Matt are both adept at playing both the guitar and the bass, the plan here is to have them trade off between the two instruments, thus lending greater variety to guitar sounds within the band. The group's repertoire will include all the usual surf and rock-instrumental classics, as well as my own catalog of original tunes. The goal for Paul Johnson & Friends is to move the genre forward with new ideas for the music, while remaining faithful to the original style that defines the surf-instrumental genre.

You should make reservations NOW ‹ shows here often sell out in advance; there are only 50 seats available in this intimate venue... but every seat is up close and personal and the sound is great too, making the CGB the IDEAL venue for what we do!

'Legends of Surf Music' concert to premiere in Vista Calif. on October 25

'Legends of Surf Music' concert to premiere in Vista Calif. on October 25, 2014 at the Moonlight Amphitheatre.

Stars and Stripes Events, a concert production company located in Escondido, Calif., is promoting a surf rock concert with former members of eight of the best known famous surf rock bands of the sixties. The promoter will donate 10 percent of ticket sales directly to Wounded Warrior Homes also located in Vista Calif. The concert is at the Moonlight Amphitheatre in Vista on October 25.

The concert line-up of performers will include former members of the Hondells, Castells, Marketts and the Routers; all performing for the first time in 50 years with several original members.

John Jerd, the President of Stars and Stripes Events, said, "This concert will make music history because the audience hasn't seen some of these groups in decades, and never all these famous band members in one concert."

Stars and Stripes Events, and Jerd & DiMaggio Productions of Escondido California, headed up by John Jerd, produce and promote concerts primarily for 501(c)3 non-profit organizations; especially where the non-profit serves our military heroes.

Complete information can be viewed at http://StarsAndStripesEvents.com and tickets can be purchased at http://www.VisTixOnline.com - or by calling the box office Monday through Friday 12 noon to 5 p.m. at 760-724-2110.

Send2Press® is the originating wire service for this story.

The Surfaris perform 2 Shows in S. Florida This Weekend

Surf Music Fans in Florida! Join The Surfaris with Bob Berryhill this Friday night May 23rd at the Endless Summer Vinyard & Winery in Ft. Pierce for a special intimate evening of surf music and the story Behind the Music of The Surfaris. Special VIP packages and general tickets available at: www.endlesssummerwine.com

For you hot rodders and rockabilly cats in S. Florida, come join Bob and the band on May 24th for a rockin' evening at the Pinned Festival at the Miami Airport Convention Center.  Tickets available at:  http://pinupfestival.com/the-surfaris-featuring-bob-berryhill-featured-band/

Mention you heard about these shows on SurfGuitar101.com at our merch table after either shows and receive a free Surfaris Wipe Out t-shirt signed by Bob!