Submitted by CousinMary on February 07, 2015

Following the long tradition of KFJC produced surf CDs, COMBO SWELL is nineteen tracks of surf music - all recorded live at KFJC or at KFJC events between 1996 and 2014.

Available for a $45 donation at http://www.kfjc.org/donate or at KFJC events.
Check out the great artwork from Fred Lammers: 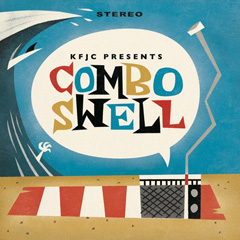 The best plan is to be in Pacifica, California on Sunday August 3 to enjoy international surf live.  But if you cannot be there, you can listen and watch thanks to KFJC.

Audio: Tune in 89.7FM or click on Netcast at kfjc.org or find KFJC Internet ->Eclectic on iTunes.

The Fifth KFJC Battle of the Surfin' Bands Sat May 14 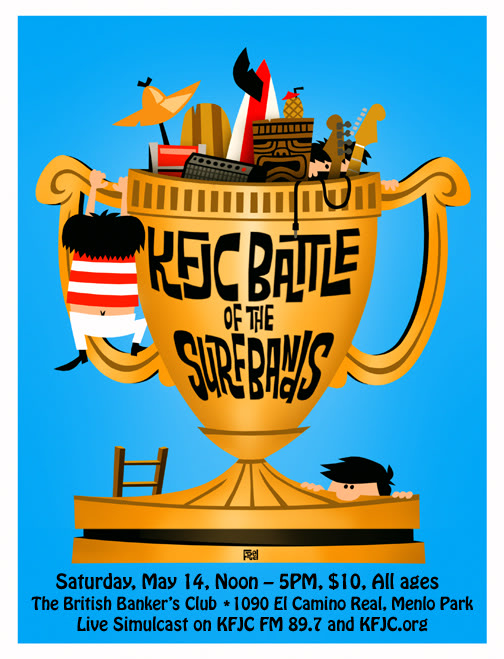 On May 14, KFJC presents The Fifth KFJC Battle of the Surf Bands. In keeping with the tradition of the legendary Surf Battles of the early 60s, bands are given 15 minutes to present their best material and show, making for a fast paced and exciting 4 hour event. The biggest change this year is a move from the beloved Hotel Utah in SF, to The British Bankers Club in Menlo Park. The BBC is a big, full service restaurant and will easily hold the expected crowd, and will allow minors. Menlo Park is also much closer to KFJC's home.