Submitted by nielsjansen on October 30, 2013

For the first time in history the surf music scene is to compile two ultimate lists in surf music; The Classic Surf Top 101 & The Surf Revival Top 101, the 202 best tracks in instrumental surf music as voted for by the listeners of North Sea Surf Radio and the members of the Surf Guitar 101 forum.

Starting today everybody can submit their 10 personal favourites from the 60´s and their 10 personal favourites from the the Surf Revivals. With all the contributions the team at North Sea Surf Radio will compile the two lists that will be broadcasted on December 27th, presented by DJ Jonpaul (Surf Guitar 101) and DJ Phantom (North Sea Surf Radio).

People can help decide what the best instrumental surf music tracks of all time are by adding their Top 10´s to the Surf Guitar 101 forum in the following threads:

Another option to submit votes it to send an email with name, country and the two Top 10 lists to TOP101@northseasurfradio.com

The deadline for submissions is Friday, 13th December.

The Reigning Monarchs would like you at their record release show!

Hey new friends! The Monarchs are playing a Record Release party and would love to meet some of you guys there. The info is below and here's where you can hear the record!

I am pleased to announce the SurfGuitar101 2013 MP3 Compilation! Our 9th one! Just like before, this is a way for members to share music, recording tips, and to just have fun. The main emphasis is fun, so please send in an entry no matter what your skill level is. Here are the rules:

I have created an Official 2013 MP3 Compilation Forum Thread. Please use that thread to discuss the compilation and to get information on how to submit an mp3. Please use that thread if you'd like to find a fellow member to work with on the project. With the magic of digital recording and the internet, remote collaborations are possible. Make your own virtual surf band! Let the comp begin!

Battle of the Bands - Santa Barbara

The Battle of the Bands always seemed like a cool tradition back in the heyday of surf with a bunch of reverb heads grinding it out to see who was king of the spring.  I haven't seen many battles these days and those that I have rarely included an instrumental band.  Kelp attempted to remedy that situation by entering the Santa Barbara Independent's 2013 Battle of the Bands.  Amazingly we made the first cut from ~50 bands to semifinal list of 12.  After an online voting poll and some judging by local music industry types, a final 6 were chosen to play live in the final contest.  We were plenty surprised (and stoked) to make the finals with a group of more commercial indie and rock acts.  Each audience member got 1 vote and a panel of "industry" judges got 25 votes each.  Each band had just 20 minutes - we had to narrow things down to 5 songs, a bit of trad, a bit of fuzz, some happy melody, some driving reverby darkness.  When it was all said and done, we ended up second in the closest contest they've had in the 5 years of the contest - 75-78.  I admit we were a bit let down at not getting the winner-take-all prizes, which included some a spendy guitar and bass that we could have easily sold - the real prize was 12 free hours at arguably the best studio in SB.  Ah well, the new album will have to wait a bit longer.  In the end, we realized that, while we may not have come out on top, we had a blast and gained a bevy of new fans; nothing to be bummed about!

THE RAZORBLADES new album out now! 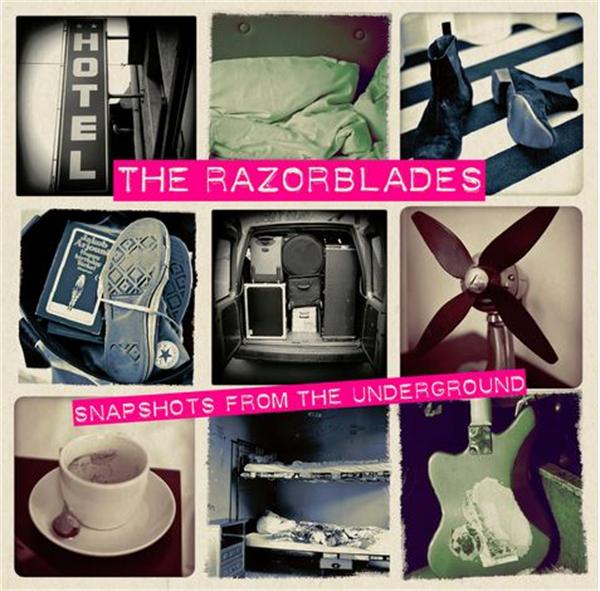 Snapshots from The Underground is packed with twangy guitars, punk rock energy, feedback noises and eclectic songwriting...influences range from surf master Dick Dale to New Wave pioneers The Cure, Alternative Rockers Rowland S. Howard and Dinosaur JR. to noise masters Sonic Youth. Put a little singing on top and you get a surf album that sounds VERY different from the usual trad sound.

Hope you enjoy it!

You can buy the CD from

Submitted by MightySurfLords on September 05, 2013

The Mighty Surf Lords from Reno Nevada will be kicking off this summer tour Sept. 11th - 15th:

Hope to see you at one of these events!

We will have all our merch including cd's unavailable before!

for more information and updates go to

Submitted by Double-Crown-Records on August 24, 2013 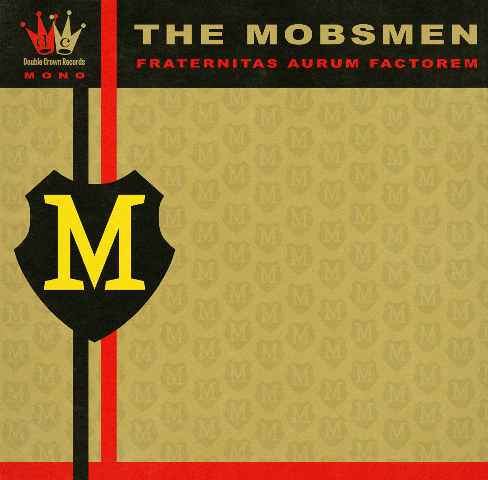 Double Crown continues to deliver the "Surfin' Sounds Of Summer" with the brand new CD by The Mobsmen from Norway - "Fraternitas Aurum Factorem" - Get it now!

The massive and thundering sound of The Mobsmen, Norway's premier surf and instro rock n' roll combo, has once again been recorded to tape for your listening pleasure. All the songs have the characteristic feel of the band´s well-known, majestically sleek guitar style and loud pounding rhythm sound. This record includes all of your new favourite hits, presented in their original versions in glorious mono quality. It's the new album from The Mobsmen: FRATERNITAS AURUM FACTOREM - available now from Double Crown and other record shops in the compact disc format, as well as your favorite digital download sites.

Our brand new CD Superstorm will be available at our shows and can also be acquired from:
Deep Eddy Records:  http://www.deepeddy.net/merch.html
Bandcamp:  http://bluewavetheory.bandcamp.com/album/superstorm
DWM Music: http://www.dwmmusic.com/order.asp?product=8852&artist=Blue+Wave+Theory&title=Superstorm&price=12.98

Today the four movies that will be shown at the North Sea Surf Festival on September 14th have been announced. Besides the Dutch film premiere of the spectacular documentaries Storm Surfers and Surfing & Sharks the surf classics Morning Of The Earth (1972) and Crystal Voyager (1972) will be shown at the cinema during the festival.

Storm Surfers is an epic adventure documentary following two best friends on their quest to track and chase giant storms across the Great Southern Ocean in order to ride the biggest and most dangerous waves in the world. Surfing & Sharks tells the story of three friends from a poor neighbourhood in South Africa still surfing in the most dangerous
surfing area in the world, even after having lost four friends and a family member to attacks by white sharks.

Morning Of The Earth (1971) tells about a group of surfers living in spiritual harmony with nature, making their own surfboards and hunting down the best waves in Australia, Bali and Hawaii. Crystal Voyager (1972) is one of the most successful Australian surf movies and is about surfer George Greenough´s quest for uncrowded waves in California. The final sequence is a 23 minute long journey filmed from a surfers perspective with Echoes by Pink Floyd as soundtrack.

The cinema program will be opened by a Hawaiian solo set by Phantom Frank, mastermind behind The Treble Spankers and The Phantom Four. El Blanco of the legendary Finnish surf revival band The Charades will also give two short performances in between the movies.

The North Sea Surf Festival is the biggest festival in Northwestern Europe fully dedicated to
instrumental surf music. The festival will feature 9 bands and this year proudly presents Lost Acapulco (Mexico), Bambi Molesters (Croatia) and Los Coronas (Spain) as part of the line up, for their first performances on Dutch soil. The festival will be opened by the winner of the Live XS North Sea Surf Battle that will be held on August 25th.

The total program of the North Sea Surf Festival is now as follows:

Submitted by glassonyonpr on July 15, 2013
London, UK - 'Rainbow Bridge' was a peculiar 1972 film featuring Jimi Hendrix (who had died two years before) and a cast of local eccentrics using Hendrix’s music and a whole slew of UFO sightings to explore their spirituality. 41 years later, musician and filmmaker Merrell Fankhauser revisits the film to explore its message more fully. The 'Rainbow Bridge Revisited' documentary was really Maui journalist Steve Omar's idea, and Merrell and Steve produced it together. The two had fun looking up and interviewing the original cast of the 1972 Jimi Hendrix movie 'Rainbow Bridge' that was filmed on Maui. It was interesting to hear what they had to say about hanging out with Hendrix making the movie. The one-hour DVD documentary also features some great surfing and music by Merrell Fankhauser, The Space Patrol and Omar and The Wavespies. The package includes a 12-song soundtrack.
Merrell explains, “As you know I lived on Maui for 14 years and I moved there in ‘73 just a year after the Jimi Hendrix 'Rainbow Bridge' film came out. And when I moved there I met a lot of people that were in the movie, and a lot of them were hippies, surfers and cosmic people that were seeing UFOs, and they said Jimi was really into the whole UFO thing, and that there were even some hovering about when they were shooting over there. So we contacted the ones that we still knew were on Maui and we went over and interviewed them and it was really interesting what some of them had to say about hanging out with Hendrix and everything. Then we went down to Southern California, because some of them lived down there, and we interviewed a few of those, so we’ve got some really interesting interviews with an insight into some of the things that were going on with that movie with Hendrix that didn’t come out. In the original 'Rainbow Bridge', it follows Pat Hartley the actress from the Sunset Strip over to O’ahu and then to Maui where she meets all these characters, and ultimately Jimi. And the message, because of all of her travels and the way it was put together, kind of got lost a little bit in the different scenes and things. I talked to one of the guys from Warner Brothers who was in on the editing and he said that when they brought the film over it was in all of these bags and there was sand in it and they were almost afraid to put it on their machine, and had to clean it all and they kept going through this stuff and it was just a lot of hippies talking about cosmic stuff and getting high on drugs, and everybody kept saying 'Where’s Jimi, where’s Jimi? Where’s the concert' You know they were afraid they weren’t going to have enough to make the movie really good, but finally they got to the 'Concert' footage. So what we did, we kind of condensed these interviews down and we segue into some really great surfing on big waves over there, because a lot of the people that were interviewed were surfers and we have old footage of them surfing, and then we cut to surfing footage from now. I have about ten of my newer instrumental surf songs in there with the surfing, and then it goes to a couple of band performances – there were two Maui bands featured on the soundtrack: Omar and The Wavespies and The Space Patrol – the lead singer, Les Potts,  was in the original 'Rainbow Bridge' movie.”