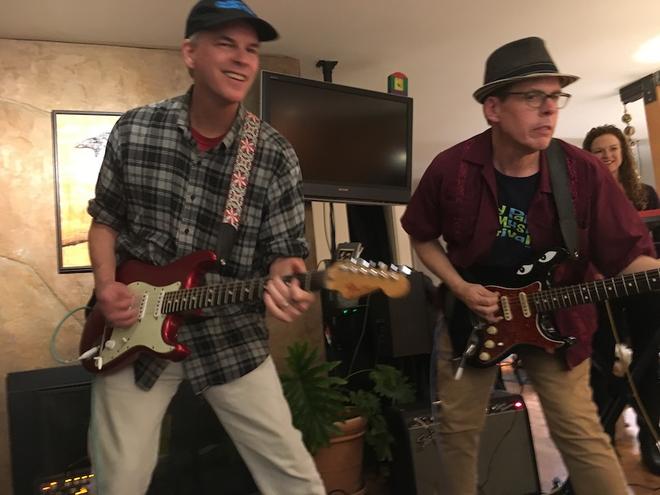 Join us as we welcome Frankie and the Poolboys, King of Hawaii, The Delstroyers and The Margraves. Doors open early so we can enjoy a full set from all 4 bands. 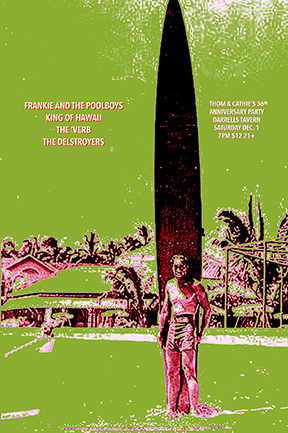 "Spin The Bottle" - Frankie and the Pool Boys 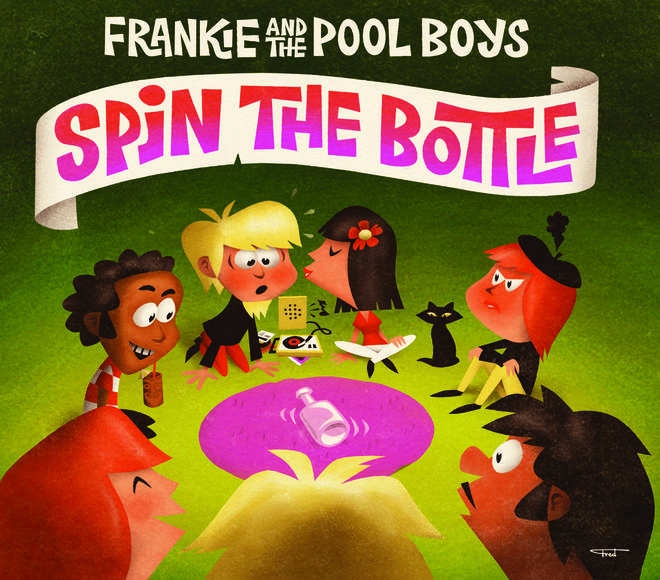 Frankie and the Pool Boys announce the release of their third full length album, "Spin the Bottle" with a release date of May 8 on Double Crown Records. Produced by Dusty Watson.

Spin The Bottle defines the free ranging Pool Boys approach to songwriting. Like the best mix tapes, the music on this album is all over the map. Just hit the shuffle button and you get fast ones, slow ones, some groovers, some art, some dopey stuff, and some vocals. Vocals? (Yes, and with apologies to our “instro only” fans!) Drift back to the loose radio days of the 60s when you might have a vocal and an instrumental version of the same song racing up the charts at the same time – think “Grazin’ in the Grass, “In With The In Crowd,” “Ghost Riders,” “Born Free” and many more. It was huge fun to hear how the same song can be rearranged in different ways, and it gave the Pool Boys a chance to work with some talented Bay Area vocalists.

Spin The Bottle, take a chance and embrace change— and the biggest change on this album is that the Pool Boys line-up solidified into a tight, consistent unit. So, rather than every song featuring guest artists sending in tracks from around the world like on the first two Pool Boys albums, the whole CD was recorded in one weekend with the dedicated band of five. Dusty Watson (drummer for The Sonics, Dick Dale, Agent Orange, Slacktone) was brought in as chief ass-kicker (Producer). Ass-kick he did, whipping the Pool Boys into a tight unit, streamlining arrangements, encouraging dynamics, all with attention to sonic detail.

Spin The Bottle is Frankie & Pool Boys third full length album on the Double Crown Records label and features 20 songs. That’s 14 new originals, 2 covers (Booker T and the MGs, The Surf Coasters) and 4 vocal versions. Every effort was made to use vintage instruments, recording equipment and techniques. The album cover art was created by legendary Oslo artist Fred Lammers.