The fourth edition! So we can call it almost a tradition to start of the new year at Grenswerk in Venlo, the Netherlands. Here you can see 6 of the best surf bands Europe has to offer, on 2 stages. Also a market, with tiki-stuff, clothing, CD's and vinyl, a barbershop and lots more! 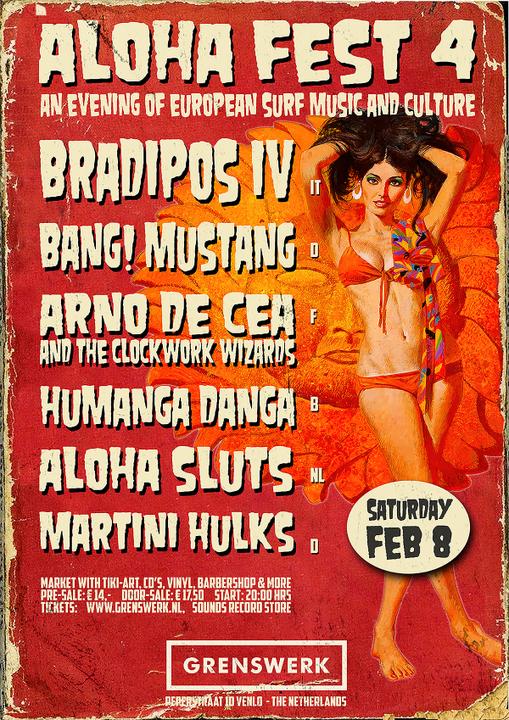 Bradipos IV (Napoli, I)
Italy’s oldest surfband has been one of Europes best and spectacular surf bands since 23 years! And one of the nicest guys to work with. They had to cancel their show at Aloha Fest 3, but promised to be back for edition 4! And here they are, come and meet your new best friends!

Bang! Mustang (Leipzig, D)
One of the most dynamic trio’s in the international surfscene. Bang! Mustang are from Leipzig, Germany, but when you listen to their two albums, you hear South-American rhythms, melodic surf punk and more. These guys know how to work an audience and afterwards you will need some new dance shoes!

Arno de Cea & The Clockwork Wizards (Bordeaux, F)
Remember Man or Astroman? These French guys will help you forget them. Brutal surf they call it them selves, but there are some great tunes too! They have a stage show that will leave everybody breathless, with acrobatic guitar antics and some ADHD on speed dance moves!

Humanga Danga (Gent, B)
The Belgium city of Gent is rivaling California as the hotspot of original surfmusic. Bands like Fifty Foot Combo and, Akulas already played Grenswerk. Newcomers Humanga Danga have stirted up the international surfscene with their debut album. Even on Surfguitar101, the biggest surfforum on the net, they are celebrated as the new best thing happening to surfmusic!

Aloha Sluts (Venlo, NL)
After 5 years, the previous version and most successful version of Aloha Sluts broke up. But now it is time for version 4.0! An all Venlo line up, with some new songs and updated versions of old Aloha Sluts classics. Yep, they are still playing ‘Gaywatch’, a top 3 hit on the Australian Rock Charts for 12 weeks, with 3 weeks at number one!

Martini Hulks (Bonn, D)
Traditional we start the evening with a German band that combines surfmusic with ‘50s nightclub music. They combine reverb guitars with raunchy saxophones. The ideal music to start drinking to get in the mood… but don’t drink too much, you want to dance to the next 5 bands too! 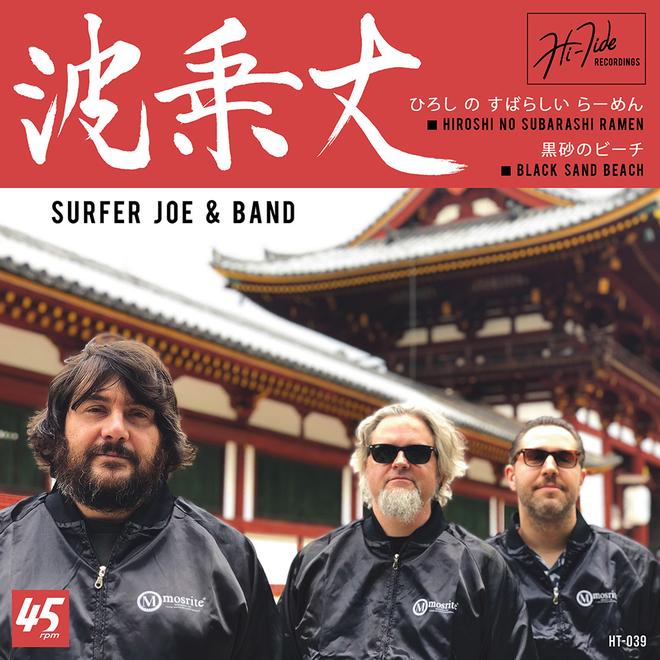 Surf-punk band LES PROFS DE SKIDS (from Grenoble, France) will be on tour all around the USA with NATURE BOYS (Kansas City MO) in September, October and November

The debut full-length album from Tampa's Black Valley Moon on Sharawaji Records now available for pre-order. With a release date of 8/31/19, Halloween comes a couple of months early with this collection of instrumental guitar rock songs inspired by surf, and other sounds of the 60's. Includes members of seminal 90's punk band Down By Law. Available on CD and on Bandcamp. 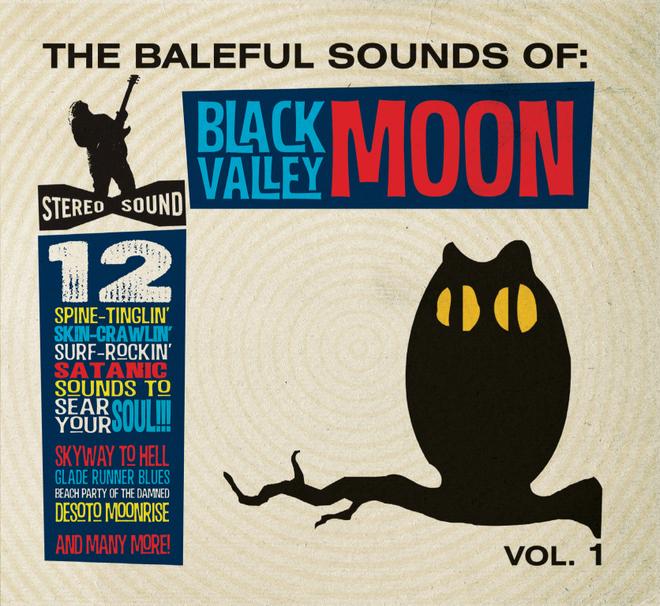 Chewbacca's "The Return From Echo Lake" 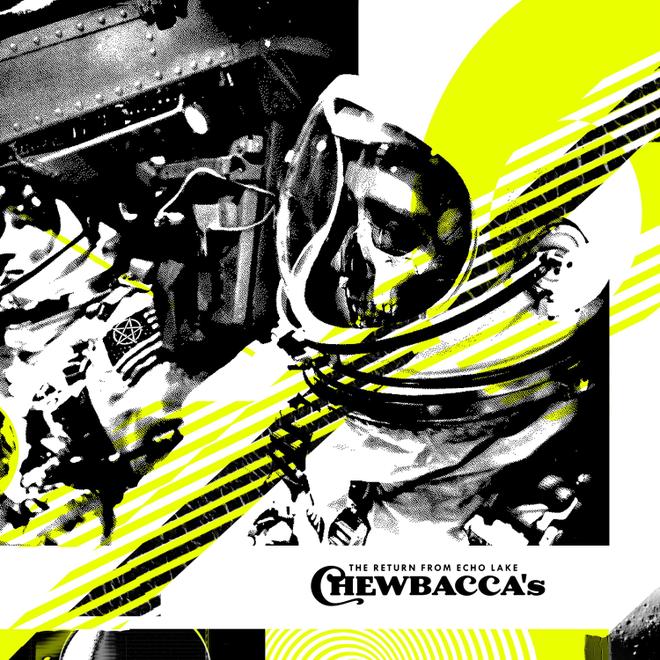 Chewbacca's album, "The Return From Echo Lake" will be available on LP, CD and digital download from 14th September 2019. The album was recorded in Valencia, Spain, and was produced by Brian Scott Teasley (Birdstuff), a founding member of Man or Astro-man?

The album is available for pre-order now, including an exclusive bonus download track during the pre-order period - a cover of Por Un Tubo by Lost Acapulco.

The Turbosonics have released a single from their soon-to-be-released, five original song EP, "Center of the Sun." The single, "Bedrock Stomp" (limited release available only on Bandcamp) also includes B-side: "Journey to the Center of the Sun. The full EP release is set for August 20, 2019, and will be available on iTunes, Spotify, Amazon, etc. 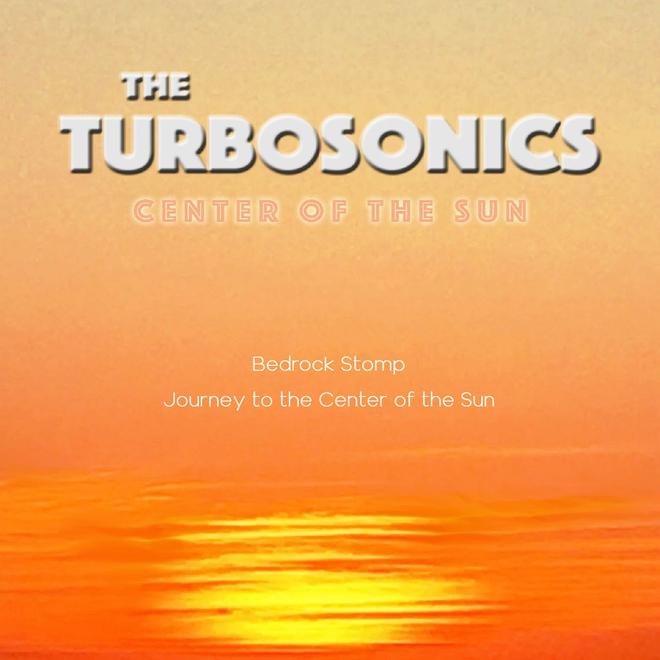 Bedrock Stomp is a tribute to the teenage dances, or Surfer Stomps, in 1960s Southern California. The Stomps were often headlined by Dick Dale, who pioneered ear-splitting, 100-watt tube amplifiers and surf beat rhythms. This song also employs a fuzzy-gritty guitar influenced by the likes of Davie Allan, the American guitarist best known for his work on soundtracks to various teen and biker movies in the 1960s.

The start of a new day brings a golden sunrise, and inspires us to continue our quest for the endless summer. This tune is a musical journey through varying rhythms, patterns, and melodies - all coated in that dripping wet reverb, which classic surf music is known for. Choose your ride and join the Turbosonics as they Journey to the Center of the Sun.

The Jagaloons "Ruin The Party" now available on LP!

Submitted by TheJagaloons on August 08, 2019 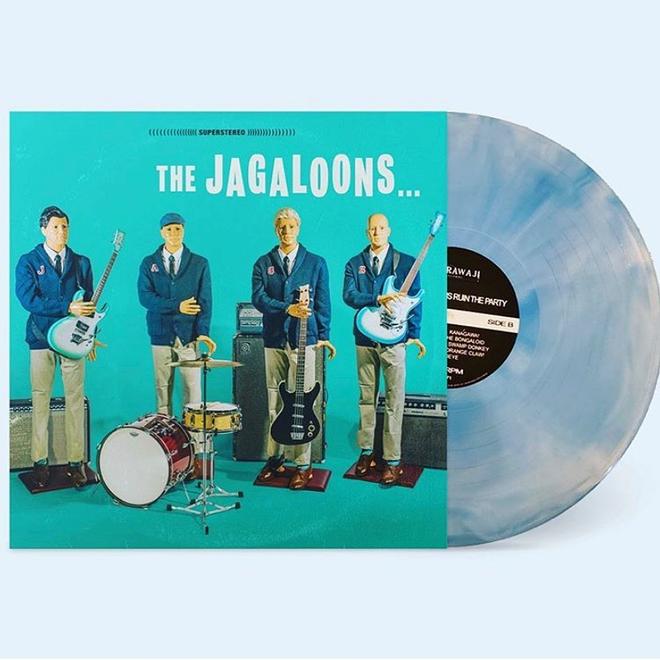 The wait is over!

You can grab your copy at http://thejagaloons.bandcamp.com

Whoops sorry for the late notice but Blood Reef is playing with Shark Attack at Portside Lounge, New Orleans. A rare all-surf night! 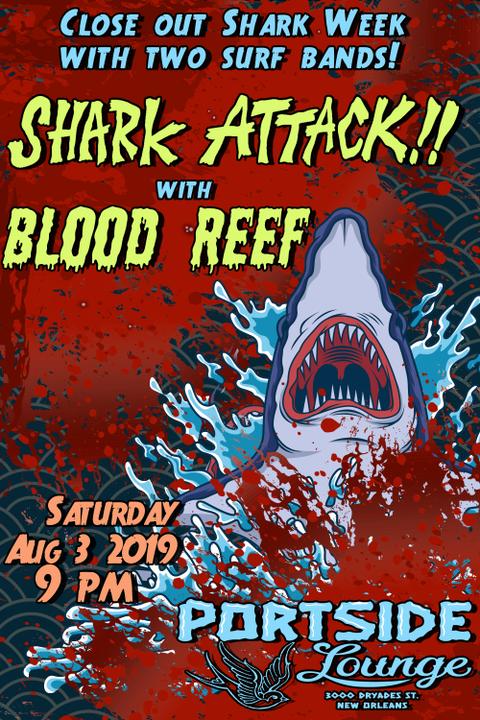 Our new EP - TarantinosNYC III - is available for purchase on CD Baby!

Our third release is a 7-song EP with 4 originals and 3 cover songs, featuring "Midnight Confessions" from Tarantino's "Jackie Brown".

The 2 rockin' surf originals are "You're Gonna Lose That Curl" and "(Please Don't) Dead End"- (that title come from a scene at the end of Tarantino's "Death Proof").

We do a version of Brian Wilson's "Pet Sounds" with a nice guitar solo over the end, and our version of Link Wray's "The Shadow Knows". That's our drummer Tony on the big laughs.
Then there's our original spy epic "Shaken Not Stirred".

Finally, we threw in a song we wrote for Michael Carr's mystery film "The Key". It has a lovely vocal by Elena Barakhovski. Thanks for listening!

It is also available for streaming & download on iTunes/apple music, Spotify, Amazon & bandcamp. 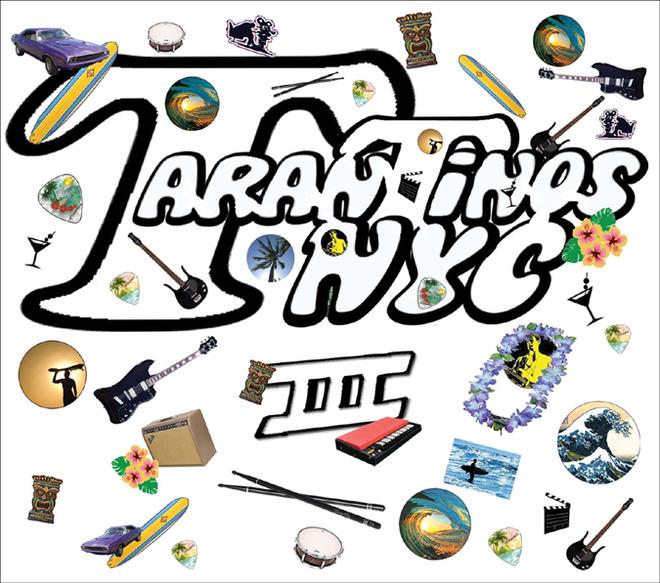 Submitted by devenberryhill on July 21, 2019

Here's our review from Pipeline Magazine:

If you're looking for a top notch surf band then look no further. The Touramaliners are Deven Berryhill's San Diego based group, Deven of course being the son of Bob Berryhill and also a member of his dad's band The Surfaris. Deven plays guitar and has written all the songs on this album and he is ably supported by some seasoned and highly skillful musicians, namely: Joe Dameron (guitar), Matt Clowminzer (guitar), Rob Glickman (bass) and Jake Najor (drums). But what is truly exceptional about this CD is the quality of the material. It is not unusual for us to be astounded by the playing ability of many modern surf bands and the way in which they convincingly re-create the surf sound, but then to be disappointed by their inability to write a half decent tune. There's no such problem here because just about every track is richly melodic and all are presented within especially well-crafted arrangements.

The CD opens with Baja Norte! which has a sinister-sounding surf riff at its heart, a sort of surfing Peter Gunn, topped with a tuff melody played on the low strings and skillfully embellished by additional harmony guitar lines. In fact that is a characteristic of many of the tracks: second or third guitar lines being added or woven into the melody to create extra interest. Pumphouse is similarly overflowing with ideas with one memorable sequence following on from another, guitars galore and they all having something special to say. Even Green Pipe, which starts out with a lazy reggae beat but ends up somewhere else altogether by virtue of its wonderful chorus which suddenly flows in and washes warmly over you.

Tourmaline Dream is simply magnificent. It has an almost tropical feel with a solid snare beat set against a busy acoustic rhythm guitar, when in drifts a melody on electric guitar that is so full of yearning and tenderness that you are instantly captivated. And just when you think it cannot possible get any better guest acoustic guitarist Cesar Gervasi suddenly joins in, initially playing in harmony with the electric but then breaking away to solo in an almost jazzy way before again returning to harmonise with the electric. Fabulous!

But really just about every track is great. There's the zippy Espania with its bright and breezy attack of guitars, the brooding Adios Saladita with its grand opening chords and moody lead, Leilani's chirpy sounding ukulele rhythm topped with an Eddy style twang, Point Break with its hectic drum intro, bustling guitars and Surf Beat style middle-eight, the dramatic Fist Full Of Surf with its majestic lead and shades of a spaghetti western theme – all just super! In fact it's easier just to mention the single disappointment on the whole CD, Amazing Grace. This is basically a casual blues featuring just harmonica and acoustic guitar with a longish spoken introduction and a rough vocal praising Jesus and the Lord. It's a rather incongruous inclusion, but just remember that the other twelve tracks are absolutely super and this has to be a top contender for Pipeline's album of the year. Simply superb. 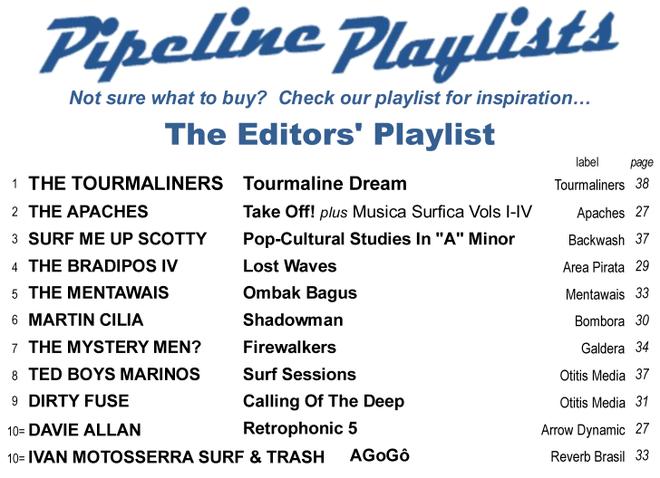