Terremotor is a surf rock band from Umuarama, Brazil. It was founded in 2015 by Duda Victor (guitar, tzouras), Paulo Tropa (drums) and Jose Duarte (bass). The day these three met was the beginning of the first surf rock band in Umuarama. Both Paulo Tropa and Jose Duarte are also members of Nega Jurema. Duda Victor has been a founding member of two more surf bands: Bufalos d’Agua (Londrina, Brazil), releasing Ocean (1997), Pacific Hell (2001), Farewell to Shore (2004) and Clássicos da Surf Music (2004). And of Dirty Fuse (Athens, Greece), releasing Lost Riders (2010), Dirty Fuse (2012), Surfbetika (2013), Last Wave (2014) and Back to Brazil (2015).

Their first CD is a joint release of Reverb Brasil Records and Surf Cookie Records.

Here you can listen, download and buy the album. Link 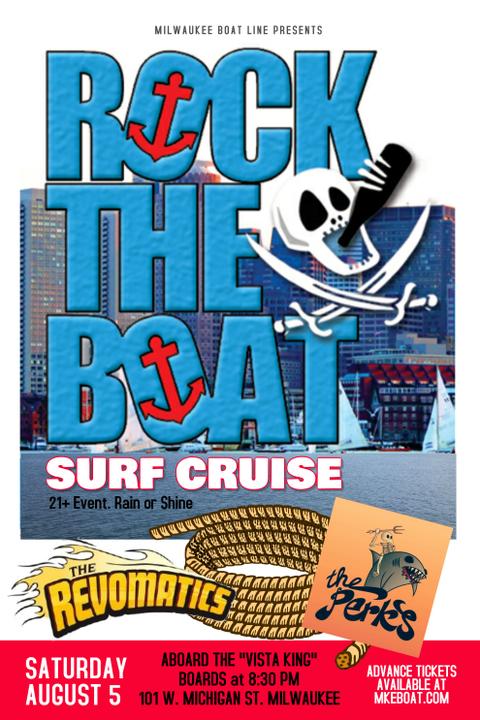 Next week we arrive in Europe for our 4th tour by the continent.
Look at the dates and see you on the road.
Cheers!!!
TMMMafia / Brasil 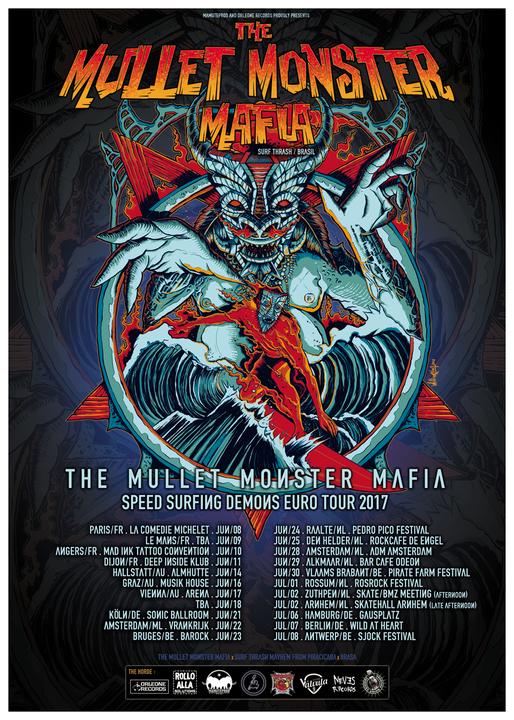 The Doltones - Dance Or Die CD Out Now On Double Crown Records! 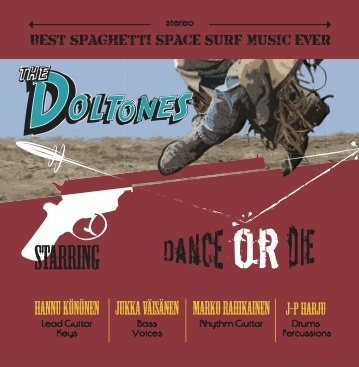 It's the debut full-length CD by The Doltones, an up-and-coming surf/instro combo based in Finland that is popular in Scandinavia, and will become a favorite worldwide with this 13 song release. Mixing surf, instrumental rock, Rautalanka and spaghetti western melodies and twang, you'll be wowed by the performances, songwriting and production from start to finish. Most of the songs are originals, but they have worked in covers of some obscure classics, such as "Space Probe", "Theme From The Unknown", "Department S", "Les Aventuriers" and "Collision Course". Guitars, bass, drums and occasional trumpet deliver a sound that you'll play over and over, and surely contributing to your summer soundtrack.

The Me Gustas - New album, Benthic Exploration out this summer!

Here it is people, the new album artwork and track listing for our upcoming album, Benthic Exploration! Tracking begins in a few weeks and should have this out to the world by late July! This is going to be a 6 track release, with a possible seventh tune (if we feel it is ready).

Replicating the ocean we love so much, this will take you from the serene to the chaotic. An aural smorgasbord if you will.

and possibly a cover of a very famous song

Keep your eyes peeled as we document the process, always fun, but always intense. We are excited to get this new release out to all of you. Thank you for the support and encouragement. Back to the grindstone! 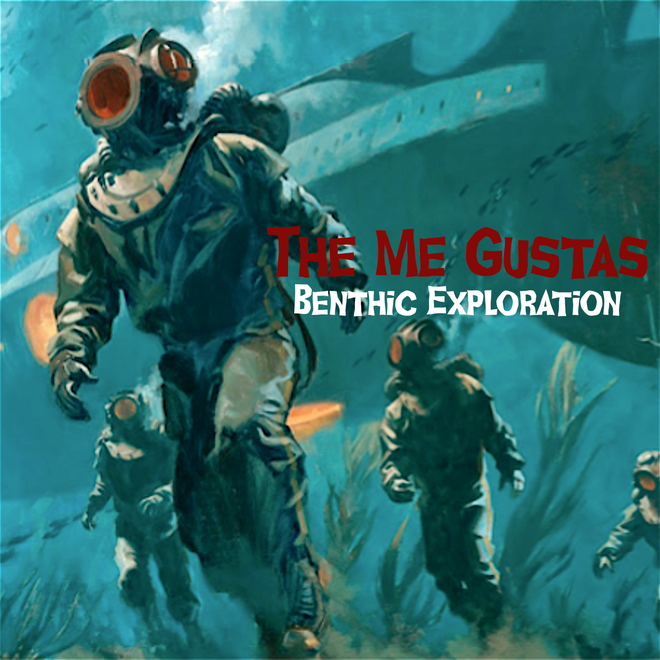 To all of my tremolo brethren generally south of here: It supposed to be 78 and sunny. Good beer great vibe, a wine bar right next door, hounds and kids are welcome and the Ocean Men will be playing both old favorites and originals.

All at one time - all in one place. Jetpack is back as the band for the day again this year and new this time around will be a display of vintage surf boards in the museum as well as the woodies as usual. 11am-2pm. 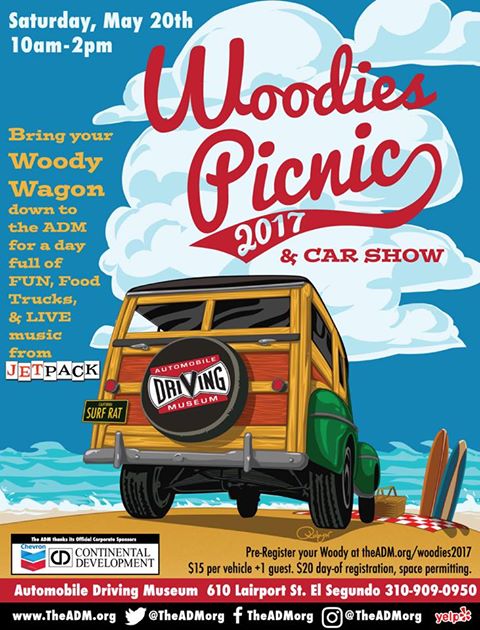 Overdosed on Current Events? You may be in need of a SandBlast! Comes to Suzy's! June 15th! Hermosa Beach! 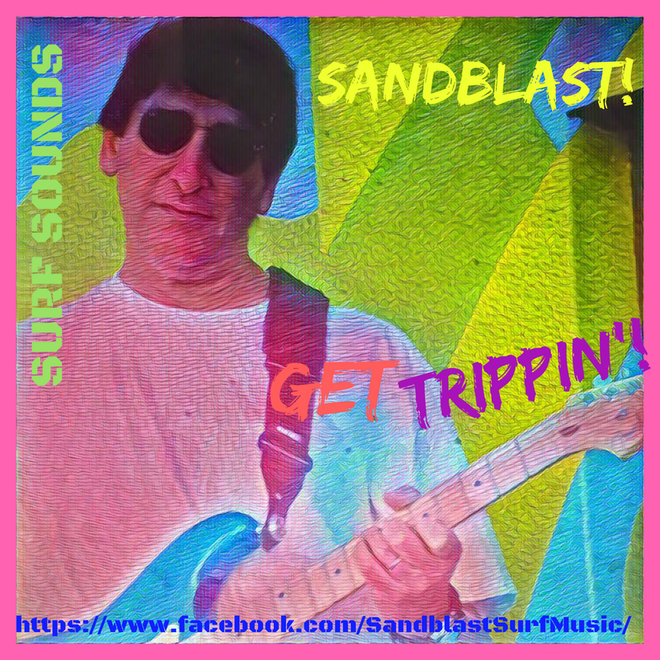 You're overdue for a little mind warping! 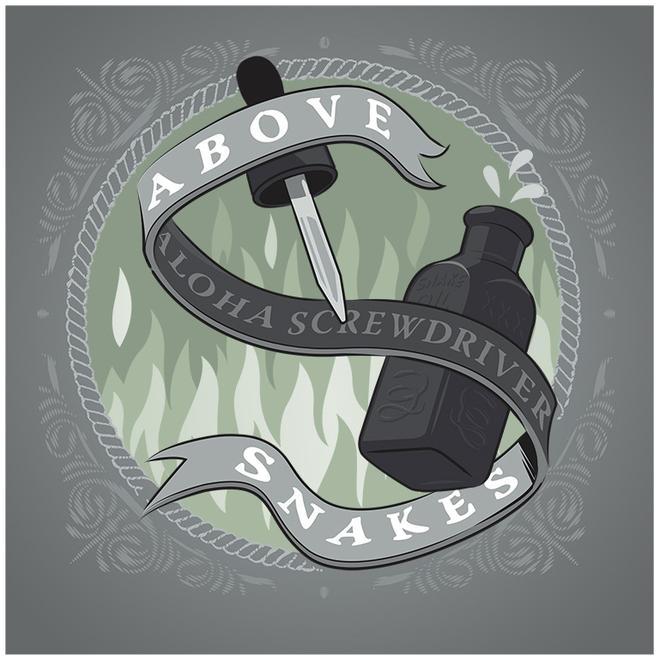 Hey all! Aloha Screwdriver has a new 4-song 7-inch record out called Above Snakes. You can order one direct from us or through the excellent Double Crown Records. Price is $11.

This record is pressed onto a beautiful translucent blue vinyl and the artwork is in 3D! The wiggle GIF here gives you a sense of how cool it is to see it with 3D glasses on (which come included).

You can listen to the opening song on Soundcloud: https://soundcloud.com/aloha-screwdriver/not-that-kind-of-rodeo

JETPACK all night at The BARKLEY: Friday 9-1am 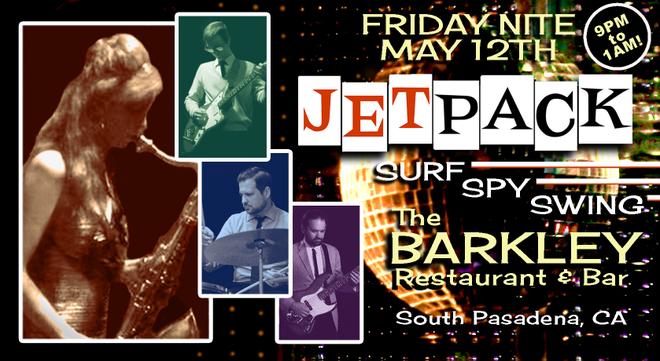