Submitted by MadScientist on September 20, 2011 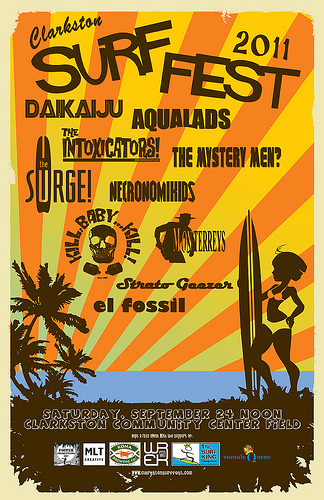 This year, the fest will take place on Saturday, September 24, 2011, and will showcase many of the best, and most diverse surf music bands in the southeast region! This day will certainly give you just about every surf music experience that is out there!