Submitted by ErnestHernandez on November 02, 2020.

I'm not much of a birdwatcher, but I can say that I was quite fortunate to have seen King Pelican in its natural habitat. It was in their hometown of San Antonio, Texas at Hot Joy, a hip little joint serving pan-Asian food, tiki drinks and Lone Star beer, all surrounded by amazing artwork by Jamie Stolarski (who created the art for this release) - the perfect setting for King Pelican's own special brand of instrumental surf guitar music. Lucky for me (and you!) the heady concoction of all of those elements has been captured by and expanded upon with EAST MEETS WEST.

The first two songs (east side) see King Pelican presenting the specifically Japanese musical style of Eleki, which was created in 1960s Japan by mixing the aggressive guitar style of The Ventures with Japanese modes, melodies and style, creating a new and unique form.

The following selections (west side) take the listener closer to King Pelican's home turf of the American Southwest, but through the lens of the Italian-made Spaghetti Western soundtrack, complete with lonesome whistling, 12 string, acoustic guitars and the bass VI adding to the Morricone influenced atmosphere.

But this is not another surf band pulling a few stylistic gimmicks on top of a basic surf song just to call it something else. King Pelican has obviously taken these specific musical sub-genres and have studied and devoured them before embarking on their own original Eleki and Spaghetti Western compositions. In other words, these are great songs and performances that pack a fun trip around the world into one EP.

The new EP from King Pelican - EAST MEETS WEST is now available on Bandcamp! We'd like to thank our good friend, Ted Pilgrim from Satan's Pilgrims for writing the liner notes! Stay tuned for new on the 7" orange vinyl release! 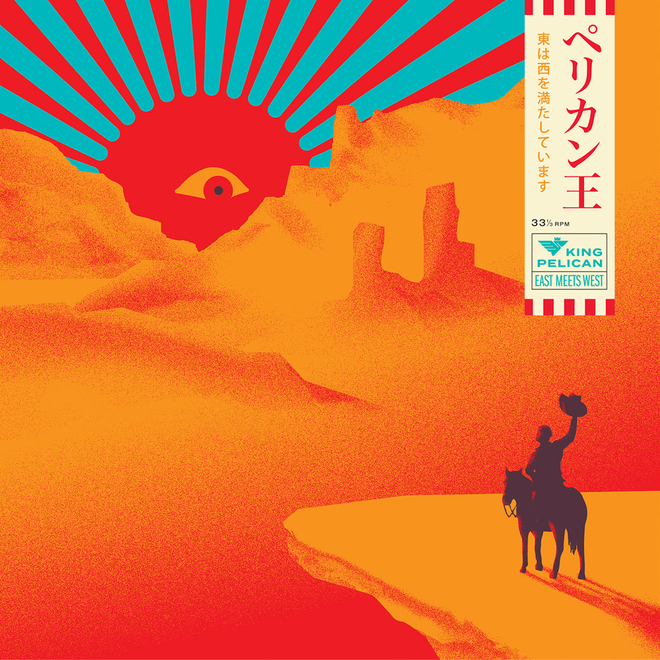