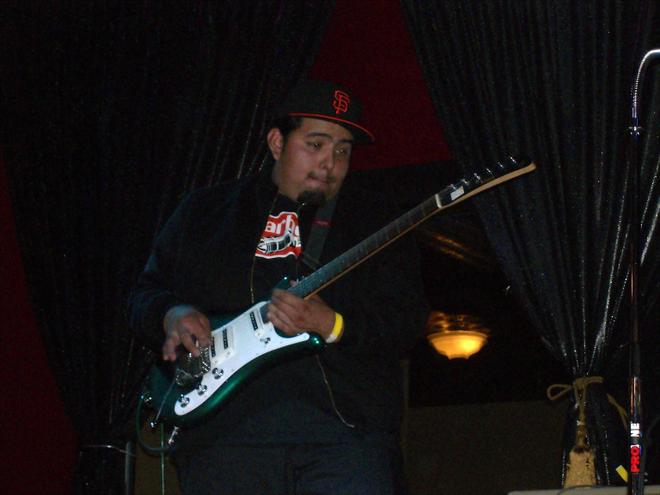 Many of you know we're running a fundraiser to help Zanti over come the financial obstacles set up by his battle with cancer. Fortunately he's beating it, but the bills are starting to come in and  he needs any help that you can give.

If you don't know Zanti, he's one of two guitarists in the S.F. Bay Area surf band The Deadbeats. These guys have been surf music fans since their teens, and quickly became one of the Bay Area's best live surf bands. Channeling the energy of first wave bands like Jim Messina and the Jesters, Dick Dale and the Deltones, Davie Allan, plus Eleki music from Japan. Then drawing further inspiration from modern bands like Satan's Pilgrims and The Treblemakers, Zanti and the guys went on to write their own modern classics like Gooch in Space and Hagbelly (to name only 2).

Zanti and his bandmates are just dripping with talent, and the surf music community is so fortunate to have these young men join our ranks. Speaking of the surf music community, we have really stepped up and put our money where our mouths are. We are over half way to our goal in only a day and a half. At this rate, Zanti will be free from excessive money worries and be able to concentrate on what's really important - making great music!

Please click this link and contribute if you haven't done so already.