Submitted by sixstringrooster on October 25, 2017

On a rare day off while touring California last January and February (2017) the lady and gentlemen of Stories from Shamehill hit the Hobby Shop Recording Studios in Los Angeles to record a two-track single. The Hobby Shop is located in Highland Park, Los Angeles where Quentin Tarantino shot Reservoir Dogs. With that state of mind and driven by almost a week of touring, Jarrod Keith (The Volcanics, Boss Fink) took them under his wings and recorded a slightly fuzzed-up version of their party anthem ‘El Salto del Jalapeño’ on the a-side! And while not even one week in the U.S.A. the Californian influences are already clearly reflected in b-side ‘Queen of Tides’, a hymn to Los Angeles and the Venice Beach Boardwalk in particular. Californian Dreamin’!

Thanks to Alvino & The Dwells, The Volcanics, Aloha Screwdriver, Thee Swank Bastards, Blackball Bandits, Black Magic Beach Part, The Trabants, Insect Surfers, Hypnotic IV, Frankie & The Pool Boys, Fascinating Creatures of the Deep and The Gillbillies for sharing the stage with us!

Touring California was a combination of musical highlights and the warmth and hospitality of the global surf music scene. New friendships and unforgettable experiences. Surf’s up!

Special thanks to Jarrod, Frankie and Sjors for joining us on this unforgettable day in the studio! We made magic!
Hee-Hoo!

All tracks by Stories from Shamehill.

New release from Stories from Shamehill

Submitted by sixstringrooster on December 10, 2016

Stories from Shamehill - Made in Amsterdam (2-track Live Single)

Surf rock from Amsterdam, The Netherlands

On a sweltering summer Sunday afternoon the lady and gentlemen of Stories from Shamehill hit the stage at The Waterhole in Amsterdam to record "Made in Amsterdam", a two-track live cd-single with hectic, roaring and steamy versions of “Ghost Rockets in the Sky” and “Beach Blanket Bingo”. Recorded in one take, a hit and run! 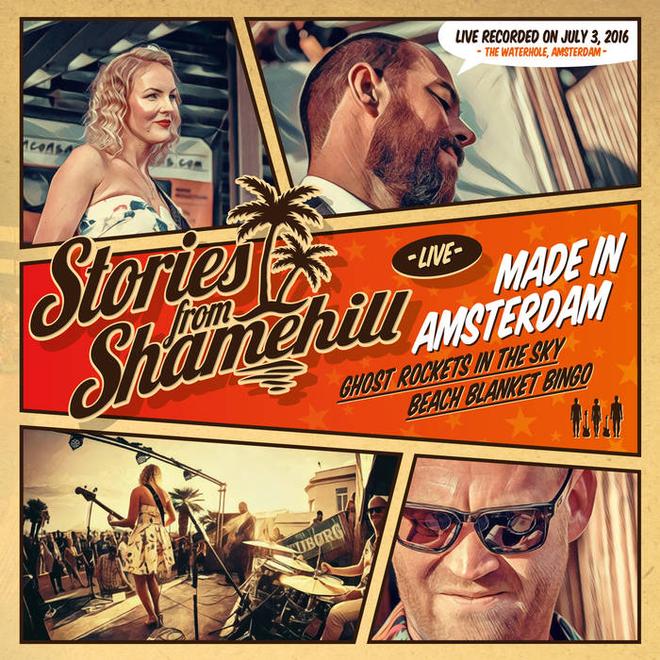