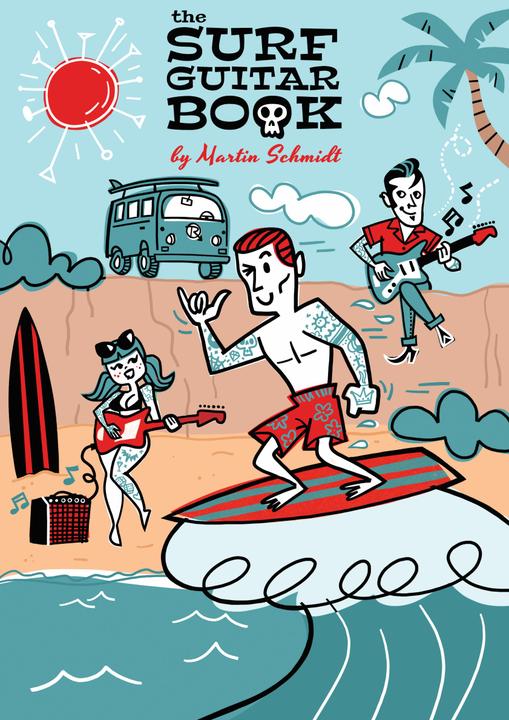 The Elements of a Surf Song

The Elements of a Surf Song

Greetings surf music comrades! I initially wrote this articleout as a mental exercise to gather my thoughts for a talk I was going to give at The Sierra Surf Music Camp. It turned out that I didn't give the talk, but I think this can still be useful for the newbies out there just discovering our little genre. What I'm referring to as the 'elements' are the basic components that  together, or at least when several of them are grouped together, you have a song we can label as a surf song. Many of you may be thinking that you've listened to surf music for years, these elements should be obvious, and many of them are, but as musicians we can go a little deeper and try to tease out some of the more subtle ones.

First off, the term "surf music" has been a challenge in and of itself as a description for what it is we're doing. Historically, it's been often equated with The Beach boys. Now that has been debated endlessly, and I personally am willing to call it a draw. But when I try to describe what I do to the uninitiated, they invariably ask "like the beach boys" and I can't bring myself to say yes. Granted, The Beach Boys sang about surfing, so it makes sense that people ask do that. In fact, here's what happened to me the other  day.

I've started going to a physical therapist because my neck and arm have been really hurting lately due to overuse as a contractor. I'm explaining to my therapist about how I play surf music, totally expecting to hear her ask "like the Beach Boys?" but she doesn't ask that. She asks, "Surf music.... is that with an E or a U?" Now that's one question I've never had before. I answer, it's with a U, like the ocean. "ooooh, you mean like the Beach Boys?" .... Turns out she was a classical music major and may have thought this was some kind of ancient music style played by serfs of the kindgom or whatnot. Also, I'd put her around 30 years old, at this point, even too young for the whole 90's pulp fiction fueled resurgence.

I've also found on craigslist and soundcloud and other musician's sites that a lot of vocal bands are referring to themselves as 'surf bands" or 'surfy". I'm not 100% sure at what they're getting at. My suspicion is they have a lot of reverb on their guitars and have a relatively clean guitar sound, which are 2 elements I'll discuss, but that alone isn't enough to warrant being a surf band by our standards. Not that they care.... but we do!

Here's my list of elements and then I'll go over each one in some detail.

You'll notice several of those elements are about the gear rather than the music. Unlike most genres, gear plays a big role in creating the surf sound. Perhaps it's a bigger factor than the music itself? Hard to say. I can tell you on SG101, the gear forum has by far the most activity, about 25% more than the next one, the 'general surf music' forum.  And that's on the premier surf music website on the internet!