In the middle of russian terrorist aggression 5 super cool Ukrainian surf bands will gather this Saturday in Ukrainian capital Kyiv to play some surf and support Ukrainian people in their fight for freedom. Join, listen, enjoy and donate (if you wish)! All the funds will go to our 100% trusted fund DC Charity Foundation and will be used for buying electric generators and powerbanks for Ukraine.

Stream link will be available on Saturday in the corresponding forum topic and in FB event.

Take off on a surf odyssey with this collection of 12 bands and 27 [songs] from the Surf [Guitar] 101 Convention with all proceeds benefitting MusiCares.

A new benefit album, Waves Of Care, celebrates surf music for a great cause. Conceived by three-time GRAMMY-winning producer and engineer Mark Linett and acclaimed surf music historian and performer John Blair, the album is out now online and on physical CD, with 100 percent of proceeds from its sale going to benefit MusiCares.

Recorded live by Linett, the album features all 12 bands that performed at the 2018 Surf Guitar 101 Convention as well as three bonus tracks from the 2017 convention. In all, its 27 tracks explore the glorious, reverb-soaked sounds of surf music by bands from the United States, France, Denmark, Canada, and Italy.

The project celebrates the rich history of instrumental surf music, from its emergence in the early '60s to its resurgence since the late '70s, its heavy use in the 1994 blockbuster film Pulp Fiction and its continued rise in popularity in the era of social media.

"Today, there are hundreds of bands performing and recording surf instrumentals with a growing, global fan base," a statement about the project says. "Some bands maintain a traditional approach to the sound and style, while others take it into slightly progressive territory."

The Surf Guitar 101 Convention, where the album was recorded, is an all-day event that hosts a dozen bands from all over the world and has been held annually since 2008 in Southern California. Additionally, Surf Guitar 101's website serves as the premier social networking hub for surf music.

The proceeds from the digital and physical sales of "Waves of Care" will benefit MusiCares and their continued efforts to help music people in need. Waves Of Care on CD will be available via eBay and www.johnblair.us, while digital downloads will be available on Bandcamp. 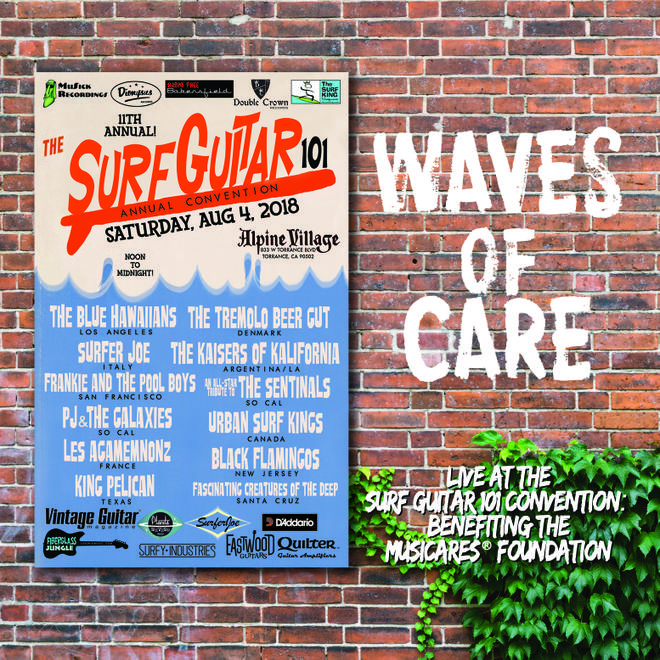 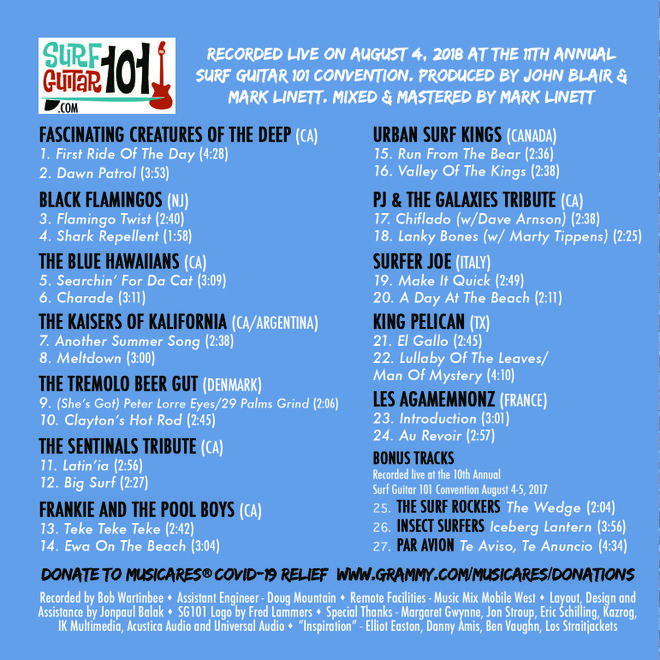 For each person who joins The Lava Pups mailing list, we will make a donation to the Sacramento Food Bank.

Are other bands up for this challenge and will donate to their local food bank?

Thank you for helping others.