Surfer Joe - SENOR SURF 12" to be released on August 1st 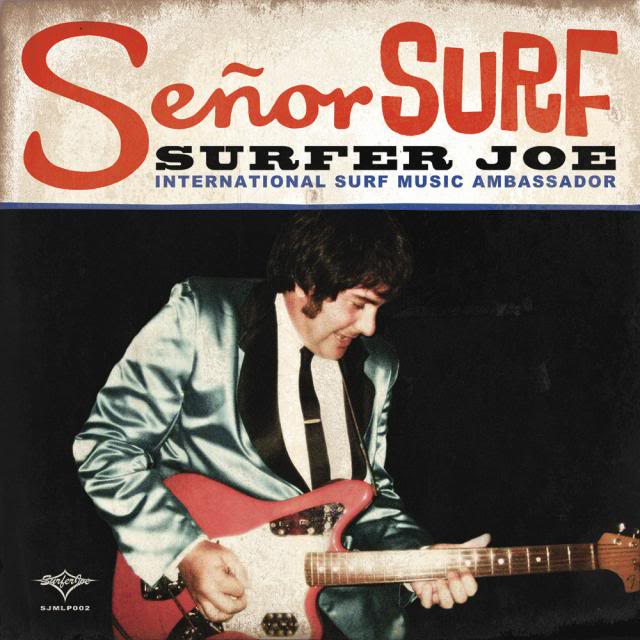 I am happy now to announce the release of the first Surfer Joe solo album, ready by August 1st and for sale starting at the SG101 convention this summer.

The album includes 12 tracks, 9 of them previously unreleased. One of the tracks is a bonus recorded by Paul Johnson & friends on past October that will not be included in the upcoming EP of them, featuring Paul Johnson on guitar and Lorenzo on drums. All the otehr tracks feature Lorenzo Surfer Joe on guitars and drums. It is recorded 100% ANALOG (recording, mixing, mastering) at Circo Perrotti Studio in Gijon, Spain. Produced by Lorenzo Valdambrini and Jorge Explosion for Surfer Joe Music. Unique vintage Telefunken mixing desk and MCI recorder machine. (www.circoperrotti.com)

The release comes in 12" vinyl and digital download. It is possible a CD production but still not certain.
It will be available in all major underground catalogs worldwide and through Surfer Joe web site.

Latest news is that we are actively working for a CD release co-produced by Surfer Joe Music and Green Cookie Records. The CD shouod be also ready on time for the Surfer Joe California tour of August.