Submitted by PolloGuitar on September 13, 2022. 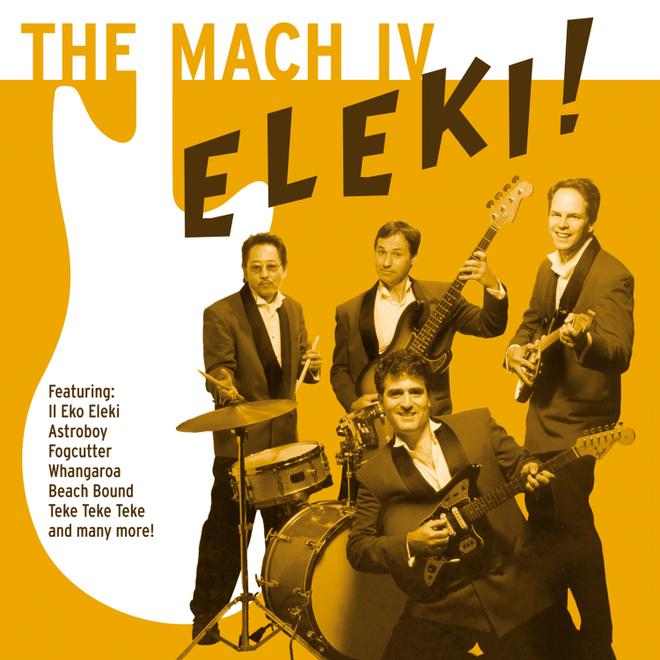 Surf Cookie has re-released The Mach IV's 2003 album "Eleki" with eight additional tracks and deluxe packaging with new liner notes. The album is available as a CD or for digital download from Bandcamp

The Mach IV came together in 2000, with members of Los Mel-tones, The Berzerkers, Shig and Buzz, Pollo Del Mar to play trad style surf music. Phil Dirt's 5 star review said: "Boy howdy! This second release from the Mach IV is wonderful! 16 marvelous tracks, many with rich three-guitar arrangements, and all with well crafted melodies, delivered by the cream of the Nor-Cal surf scene. The packaging is superb - a well executed take off on the eleki albums of the sixties. This is a must-have CD."

Go to Bandcamp for more information.