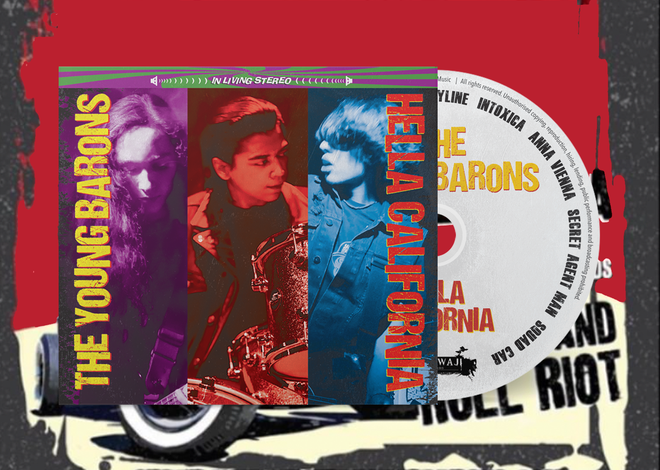 The Young Barons are teenage surf sensations from the Bay Area of California hell bent on keeping rock n roll alive. They've been playing wild shows across the state with top acts, and are being featured in an upcoming documentary about an influential first wave band.

The Young Barons are -

These guys are the real deal, there is a hot-rodded intensity to the performances recorded at GET REEL STUDIOS, and the master by Gary Hobish brings out lush, psychedelic undertones. It's nine tracks of rock n roll riot celebrating surf music and California culture that you'll want to spin again and again.

The vinyl edition SRW077 12 inch LP will be out in a few weeks. Everything about the vinyl album was recorded, mixed, mastered, printed, pressed and manufactured in California to make this 100% legit.

For DJ radio promo copies and promo code for SG101 members just send me a PM.

Get it on Bandcamp here - Link