Submitted by ErnestHernandez on September 09, 2015.
In the late sixties Davie Allan & The Arrows carved their niche in the musical history books with an array of classic instrumentals and two dozen motion picture soundtracks. The most notable of the movies were Roger Corman's cult classic The Wild Angels (starring Peter Fonda and Nancy Sinatra) along with Devil's Angels (starring John Cassavetes), The Glory Stompers (starring Dennis Hopper) and The Born Losers (the film that introduced the character Billy Jack). Some of the other 60's B-Movies were Riot On Sunset Strip, Thunder Alley, The Angry Breed, Mary Jane, Teenage Rebellion, Hellcats, Mondo Hollywood, The Wild Racers and Wild in The Streets. 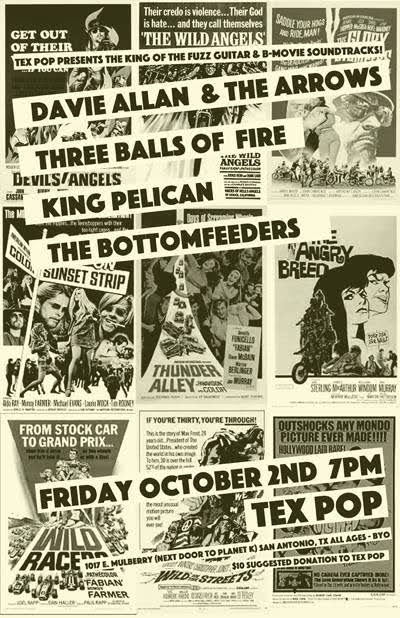